Today our company celebrated the culminating events for its conversion.  As a result, I met a guy flying in town from Ft. Wayne, Indiana.  This morning, he was surprised to hear me listening to the Sports Talk radio.  As  a result we started talking about football.  Since he was from Indiana, I asked him did he love the Indianapolis  Colts.  His response:  “I don’t like the Colts this year”.

Fair or not, I instantly labeled him the worst a fan could be labeled:  The dismissive “Fairweather Fan”. Sure it’s easy to love the Colts when Peyton Manning is leading the team to AFC North championship year after year.  Now is the test of one’s fanhood and this guy was failing MISERABLY my book.  This is a topic I am passionate about! END_OF_DOCUMENT_TOKEN_TO_BE_REPLACED

Being a fan is INCREDIBLE!

Because we were running all over the DMV catching games this weekend, I have a great appreciation for ESPN 980 and 106.7 The Fan.  Driving and listening to that Utah St. vs Auburn game literally made the hour ride to Annapolis in traffic seem 10 mins long.  For Auburn to be down by 10 with roughly 3 mins left and come back and win that game is the MAIN reason why a team is NEVER to be counted out until the clock hits triple zero!  It’s also the reason why I LOVE college football.

Let me tell you why technology is a beautiful thing for sports fans:  The ESPN ScoreCenter App for Iphone and the College Football Scoreboard App for Iphone.  Another game that I didn’t get to watch but absolutely made me BEAM with pride is my Hampton University Pirates coming back in the last quarter against Alabama A&M in the 14th Annual Chicago Football Classic at Soldier Field.  While the Apps give you the score, it’s the peeps on Twitter who gave me the play by play.  Hampton blocked Alabama A&M’s kick at the end of the game!  YES!  Shout out to people who tweeted that… along with opinions on how Hampton should have won the Battle of the Bands! I love my H.I.U!

Tonight me and D get to watch our mutual favorite College Team tonight right here in our own backyard!  Our University of Miami Hurricanes take on the Maryland Terps in an ACC showdown! (Don’t I sound like the commercial?)  Regardless of losing 10 players to shameful off the field controversy, we fully expect the CANES to handle business anyway! 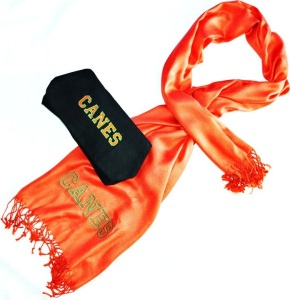 We are excited to have another talented sports blogger to feature on HE SAID She Said FOOTBALL!

Damon Jackson is from Atlanta, GA.  You can find his work on  !http://hoops-nation.com/ and http://sswag.blogspot.com/.  Follow him on Twitter: @MrStats11 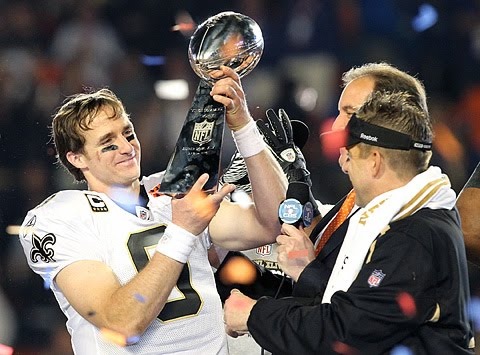 Drew Brees, QB– You already know I was going here! When drafting a quarterback it’s always important to take on in a high-powered offense. (Colts, Packers, Patriots, etc.) But Drew Brees have had arguably the most potent offense since the beginning of the Sean Payton era. Last season was a surprisingly down year for Brees. Witnessed by his career high 448 attempts, a pedestrian running game and a knee injury hurt him. No, I’m going to blame the Madden Curse for you gamers.

Pierre Thomas, RB– Expect Thomas to have a bounce back season after a high ankle sprain derailed most of his 2010 campaign. Pierre won’t get a lot of carries in a crowded backfield. But he will be a key cog in the passing game, more so with screen passes. Which means a lot of yards, and in some leagues, points for receptions. Even with Ingram and Ivory in the mix, make no mistake that Thomas will have a huge part in this offense.

Jimmy Graham, TE– Graham fits in the mold of Antonio Gates and Tony Gonzalez. Former college basketball players transitioning to the gridiron. Although Brees spreads the
ball, Graham will be oft targeted in the red zone. All 5 of his touchdowns were inside the 20. With a bigger role in the offense this season, look for Graham to surpass his numbers in all major categories.

If you are the few who partake in indie leagues (where defensive players are individually drafted) take a look at these players.

Jonathan Vilma, LB– Undoubtedly the leader of the Saints defense, is in just about every play. 100 plus combined tackles the past three years and still doesn’t get the recognition. Unlike most Saints players on defense, Vilma was the only consistent from the Super Bowl year. Look for the same production this season with more weapons on the defensive end.

Be Cautious Of- Will Smith, DE– One of four litigants in the StarCaps case, Smith could face a possible 4 games suspension. Drafting him too high would be unwise. But not draft would be as well. A down season in 2010, like the rest of the Saints D. But due to his drop of 13 sacks to 5.5 are partly due to double coverage on Smith. Smith is a sack machine and with rookie Cameron Jordan on the opposite end look for Smith to bounce back in 2011.

Cameron Jordan, DE– The rookie out of Cal will be looking to have a big season with Smith on the other end drawing double protection. Jordan looks to finally be the solution at LE, something Alex Brown or Charles Grant weren’t. Expect 7 to 8 with Smith in or out of the lineup from the former Golden Bear.

This season you should expect improvement on both sides of the ball this fantasy season for the Saints.  Rookies Mark Ingram and Cameron Jordan give the Saints more weapons on both ends of the ball. These Saints will be marching you into a fantasy football championship game.