She Said: 3 Thoughts This Thursday… 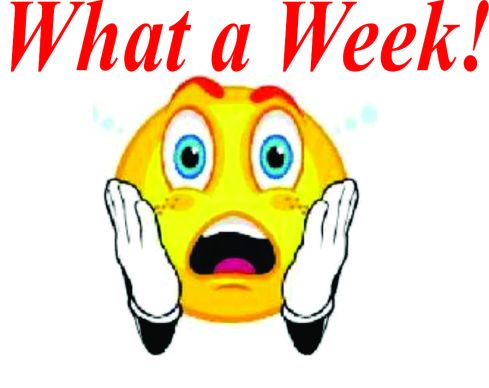 What a wild week in the NFL!  There has not been a dull moment since the start of Free Agency.  I wanna share these thoughts with you…

Mark Sanchez: make your next move your best move.  I really feel for Mark.  Tim Tebow coming to NY is the worst thing that could have possibly happened for Mark.   I believe the Jets front office has not really been up front with us (or Mark Sanchez for that matter).  All this talk about how they have confidence in Mark Sanchez..HUMPH!  The Jets had one of the most tumultuous locker rooms in all of the NFL last season and to bring in additional drama is confusing to me.  I know, I know-they wanna bring Tim in for Wild Cat packages…but I don’t buy that.  A QB package player is still a threat to the starting QB.  Ask Donovan McNabb!  He thought it was all rainbows and good times when Mike Vick was acquired from the Eagles.  “Oh, he’ll be an option for certain packages”  We all know how that story ended.  Skip Bayless had a funny quote today: “Mark Sanchez is a mistake maker, Tim Tebow is a play maker”.  I’m just saying,  for the sanity of JETS fans everywhere, I sincerely hope Mark has his best season. END_OF_DOCUMENT_TOKEN_TO_BE_REPLACED

The NFL Relevance of Heisman Winners 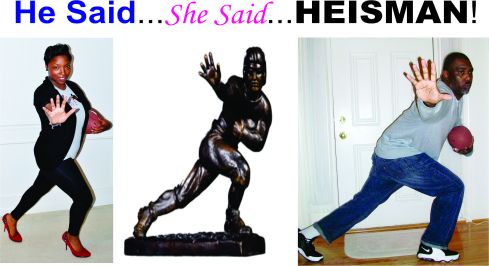 The winner of the 2011 Heisman Trophy will be presented tonight.   It’s gearing up to be a pretty close race.  This prestigious honor is given to college football’s best player.  For one lucky young man, it could be the springboard to NFL superstardom.  But for some, superstardom is not easy to come by.  We take a look at the most recent, relevant Heisman trophy winners.  Does college football’s top honor translate to NFL stud? END_OF_DOCUMENT_TOKEN_TO_BE_REPLACED

A Broken Leg, a QB Change, a Scuffle, and Friendly Fans…Week 6

Once again, yesterday started off much the same as most Sundays during the NFL season do:  mixed with nervous optimism and excitement all at once.  We chose to hang out at Buffalo Wild Wings to take in the action.  We knew there would be a good mix of Skins fans, Eagles fans, Cowboys fans.  But also mixed in the crowd were Giants, Niners, Ravens, and Steelers fans.  The NFL was well represented and it was GREAT.  We love connecting and meeting new fans to share commonality and argue differences.  It was FANtastic!  What more could I ask for, wings, libation and football being the backdrop to a crowded sports bar.  I kept a close eye on the Skins/Eagles, as well as the Giants/Bills game, but the game that intrigued me the most was the Lions/Niners contest.  This was a great back and forth between the two surprise teams.  Of course we know the outcome by now:  the Niners edged the Lions, giving the Detroit team their first loss of the season. But after the game is what everyone can’t stop talking about:  one coach going after the other because of a handshake and a pat on the back?  C’mon Man (yeah, I stole that).  But seriously, are you kidding me.  Here’s my take on it.  One coach was vexed by the loss and the manner in which his team lost and the winning coach was HYPED that his team pull out a win in such a competitive game.  That’s it, case closed.  You got to learn how to stay out your feelings in the NFL, Win or Lose!  I was also happy to see the Bucs rebound from last week’s loss to take out the Saints.  But the most bizarre thing about the game was the coach got injured?  I saw Sean Payton getting carried off the field like he was playing.  I heard of being a player’s coach, but I think he took it a bit too far.  Anyway, we wish Coach Payton a speedy recovery.  Regarding the Cowboys/Pats game, I think the photographic evidence says it all. 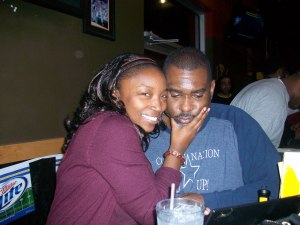 Note to Jason Garrett:  If you are going to have Tony ROmo as your QB, you might as well let him be who he is.  If you don’t trust him, get him off the field.  Mr. Garrett, you should be ashamed of yourself calling a shuffle pass on 3rd down with over two minutes left in the game.  YOU ARE PLAYING AGAINST TOM FREAKIN BRADY!