The Indianapolis Colts have gone on record saying Andrew Luck is not a guaranteed Number 1 overall draft pick.  Let me go on record saying: That’s fine with me!  I’d love RGIII to be a Colt.  Here are 5 reasons why:

1.  The Colts have a winning tradition and have built a very strong franchise, and even though Robert Irsay acted like a CLASS A jerk for the way he treated Peyton Manning, he does not want to lose.  Especially after last year’s dreadful season when they finished with a 2-14 record.  Mainly, he wants to show the world that he is smarter than everyone, and can be successful without Manning.  I’m not taking anything away from Andrew Luck, but RGIII will bring excitement back to that organization.  He will win back the fans that they lost last season and lost during the office season with the Peyton drama.  RGIII gives the Colts the best chance of winning now.

2.  The NFL is changing.  With the success of players like Michael Vick, Cam Newton, and even Tim Tebow, teams are looking for the extra dimension of a quarterback that can take off and run.  I’m not implying that the pure pocket passer will become obsolete, but most teams are now looking for a QB that can air it out with accuracy and run for a 40 yard gain.  RGIII can give you that.

3.  RGIII is a media darling in the making.  He seems to be very well grounded, no doubt from his military upbringing.  He’s very smart and highly intelligent.  I predict many big companies hiring him to be their pitchman.  I should be his agent:  “I will not rest until I have you holding a Coke, wearing your own shoe, playing a video game featuring you, while singing your own song in a new commercial, starring you, broadcast during the Super Bowl, in a game that you are winning, and I will not sleep until that happens.  I’ll give you 15 minutes to call me back.”  Show me the money!!!

4.  Andrew Luck.  I have no doubt that this guy will have a long productive career.   I’m sure he will have success as a NFL QB.  But he will have the kind of success in the same vein as Matt Ryan in Atlanta , or Joe Flacco in Baltimore , or even my favorite team’s QB, Tony Romo.  He’ll have good stats and he’ll be a model citizen, and he will even get you in the playoffs.  However, will he have what it takes to get you that ring?  Much like the aforementioned guys, he will need a lot of help to win it all.  He will take you to the water, but he may not make you drink it.

5.  The most important reason I think RGIII should be the number one pick in this year’s draft, is because I WANT him to be the number one pick.  As a long time Cowboy fan, I can’t imagine having to watch this guy run AND throw all over my Boys two times a year.  He’s scary to a fan like me.  I know that we  (my team the Dallas Cowboys) are addressing our deficiencies on defense, but I have ZERO confidence in Jerry Jones to make sound football decisions.  Jones has already shown that he is less than capable of being a NFL general manager, and we have been inept in containing players similar to Griffin .  I’m sorry but I’d rather not see him in a Redskins uniform.  Talk about me all you want, but I’m just being honest. 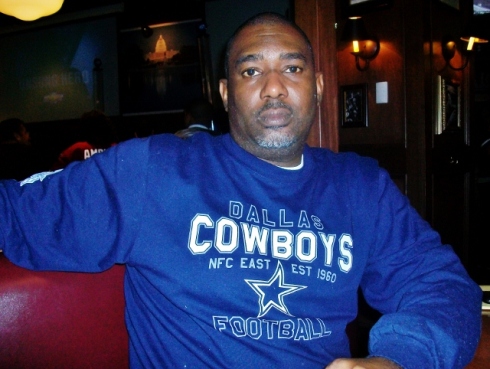 The man of He Said She Said Football. I'm a die hard fan of America's Team: The Dallas Cowboys. I'm heavy into Fantasy Football, game day eats, and The U football. END_OF_DOCUMENT_TOKEN_TO_BE_REPLACED
This entry was posted on Wednesday, March 28th, 2012 at 1:26 PM and tagged with 2012 NFL Draft, Andrew Luck, football, Indianapolis Colts, NFL, RGIII and posted in He Said Football. You can follow any responses to this entry through the RSS 2.0 feed.
« She Said: 3 Thoughts This Thursday…
She Said: Donovan McNabb on First Take This Thursday »